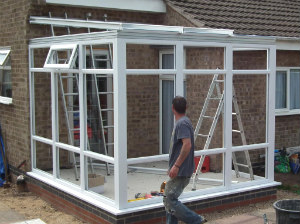 If you are planning to add a conservatory to your current home, you are free to perform such renovation without having to ask for permission from the authorities. There are several condition, though, which need to be considered in order to avoid problems or complications with the building process of your new conservatory. Keep in mind, however, that the following mentioned regulations refer only to the construction of conservatory in a house. Here are the conditions:

According to the Neighbour consultation scheme, there might be some changes in the measures. For larger attached extension the limit can be pushed to 6m, while for the detached constructions to 8m until May 30th 2016.

Regulation of other building projects

The previously mentioned Neighbour consultation scheme is created to serve in single cases when building a bigger rear extensions with a single storey. Such special constructions are allowed only for 3 years, including the period between May 30th 2013 and May 30th 2016. There is a more specific process through which must go every person who wants to build a detached house extension, including measures like 4m to 8m and 3m to 6m for other types of houses. There is a specific template which every owner of a house who want to build a bigger extension must use in order to inform the authorities for his intentions. It is called a Notification of a Proposed Larger Home Extension which also comes with a guidance note which can be easily found on the Internet.

If you want to do some kind of work in the form of extension or something else in a listed building, you should also require an official consent. Keep also in mind that if you are planning a development which is over 100 square meters, it might be charged in accordance to the Community Infrastructure Levy.

In order to avoid any misunderstanding and possible mistakes, it is recommended to read in advance the Technical Guidance which the Government has provided specially for people like you which will help you understand better exactly in what way your personal case coincides with the official rules for development.

Ordinarily, the general Building regulations have to be considered when building some kind of extension in your house. When it comes to the conservatories, however, they are usually free from those specific regulations in situations when:

It is also desirable not to build your conservatory in places which might limit the access with ladders to the windows, roof, any loft conversions, especially if there is a specific window which can serve as a place for escape in case of a fire in the house.

For any kind of structural openings, situated between the newly build conservatory and the old original house, you will have to receive special approval in accordance to the general building regulations. This applies also to cases when the conservatory is an exempt construction.

Even thought a conservatory might provide you with an extra useful space, if it is not designed correctly, your new extension might have a negative effect on your whole property. The best way to save yourself the complications is to build a separate conservatory from your house which also has a separate entrance which you can close or open during the day and night. You can also make your conservatory to be an important sunspace by building it as an extension to your house which includes a lot more insulation and glazing which is energy efficient.

Keep in mind that this guide is referring to the main regulations in England. For the planning regime in Wales and its differences, you better consult with the local authorities.
More information here and here.
The following guide should be regarded as an introductory and therefore it doesn’t provide legal information.

You are strongly advised to get in touch with your local planning authority for a complete peace of mind. Make sure that all your doubts, concerning the project are disproved before taking any building actions.