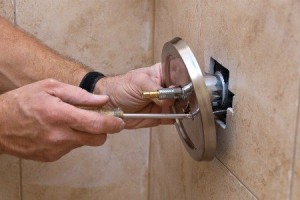 Our profession plumbing team had repaired all models of shower taps. We have coped with different shower tap repairs. Our plumbers have encountered different types of defective or damages bathroom shower taps.

Our shower tap repair service is only one of the professional plumbing services offered by HomeMates in London and Greater London.

If you would like to arrange a viewing, get a quote for radiator maintenance or book emergency plumber call us on 020 3745 4377 or e-mail us at info@homemates.co.uk.

Our reliable plumbers can manage with any shower tap repair. They can cope with traditional, as well as modern shower taps. Without any difference what is the brand, model or style of your not functioning shower tap, we can repair it. After finding and applying the necessary parts, your shower tap will function again.

Electric showers are very flexible, because they don’t depend on the position of the main tank. They are inexpensive and easy to be fitted. Thermostatic shower taps are used for conventional, mains-fed showers. They can create problems. Sometimes with one flush of the tap to better adjust the water, you can find yourself under a flood of extremely freezing or scalding water. Thermostatic mixer shower taps let you determine in advance the temperature you need to take a shower with. It also gives you the opportunity to maintain this temperature anywhere in your house.

Our plumbers can repair all models of showers taps and always come on our customers’ address, bringing all necessary parts a shower tap may need replacing. This way you will receive fast and qualitative service every time.